Transitions to democracy on the one hand, and constitutional justice, on the other, are topics that, each in its specific domain, have been the subject of numerous indepth studies. This book brings together these two fields of research by examining the role of constitutional justice – and more specifically of constitutional courts – in the processes of democratic transition that took place in Europe in the twentieth century. In particular, the volume focuses on three countries: Italy, Spain and the Czech Republic. These countries provide extremely interesting case studies since their constitutional courts belong to the three generations of European constitutional courts, whose creation is inextricably linked to the three waves of democratic transition that took place in Europe in the twentieth century. The first generation consists of the German and Italian Constitutional Courts, set up in the 1950s following the defeat of the Nazi and Fascist regimes; the second generation, consisting of the Spanish and Portuguese Courts, came into existence after the fall of the authoritarian regimes of Franco and Salazar in the 1970s; finally, the third generation consists of the constitutional courts of the Central and Eastern European countries, that were established after the collapse of the Communist regime. Therefore, unlike other comparative studies that have focused on just one generation of constitutional courts (such as the one consisting of the courts of Central and Eastern Europe), this study carries out a diachronic comparison, providing an analysis of the role of these courts in three distinct historical phases. The main aim of this book is to examine whether and how the constitutional courts of these three generations managed to ensure through their judgments an initial full implementation of the constitutional provisions, thus contributing – together with other actors and factors – to the positive outcome of the democratization processes. In other words, the intention is to better understand, from the perspective of constitutional courts, the relationship between transitions to democracy and constitutionalism. 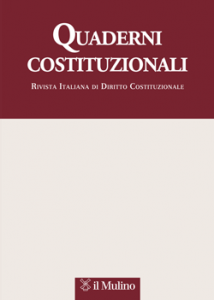